When did this happen? 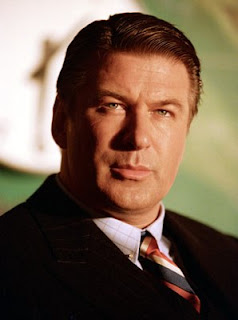 On three separate occasions this year I have been forced to realize that Alec Baldwin is one hell of an actor. I have seen three movies that he has been in (albeit not as a star) this year and all three times I have been surprised at how good he is. In "Running with Scissors" "The Departed" and "The Good Shepherd" Baldwin delivers powerful and believable performances.

This is the same guy from "Beetlejuice" right?

Sure he was great in "The Hunt for Red October" but then he laid down the Jack Ryan mantle and let Indiana Solo pick it up. I guess I have always just let how bad his brothers are cloud my judgment, because thinking back on it, he's been doing some good work for a while. Never mind his unrecognized genius as Leonardo Leonardo on the Clerks cartoon, we all know that Baldwin is a fucking laugh riot on Saturday Night Live.

Over the last few years Alec has popped up in funny roles on Will and Grace and other guest spots, and now he is the lead on his own show: 30 Rock. I have to admit that I haven't begun to watch it, but I may just give it a shot. After all, it stars one of my favorite actors. Boy, I did not see that coming.