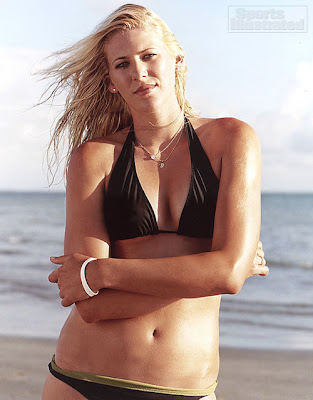 There are few things I hate more in this world than a cheater. One of the big reasons men and women cheat is that they don't communicate, and probably never did. They get together thinking the other person will change, or conform to an expectation and when that invariably doesn't happen they go looking for excitement elsewhere.

My wife and I have been married for 6 1/2 years and have been together for more than 9 years since we met at York College in the mid 90's. We have always taken great care in keeping the lines of communication open all the way back to our first date. One of the topics we talked a lot about then was cheating which lead to a talk about an episode of friends where Ross puts together a list of people he is aloud to sleep with without getting in trouble. We both set up our list and the funny thing is we both have 40 somethings as out number one. Her's is self proclaimed "aging alternative icon" Henry Rollins, and I can totally see why. I will give my number one at a later date, but I am posting today to announce the first change to the list in more than two years. Coming in at number 5 is Lauren Jackson bumping fellow athletes Misty May, and Kerri Walsh off of the list. I know having two people in one spot is against the spirit of the list but they are a package deal.

Jackson has so much going for her, not the least of which is that she is an Aussie born and raised women, and as should be evident from my profile and my posts I am in love with all things Australian. Many men would be intimidated by a woman who is 4 inches taller than him, but when I see Lauren Jackson running up and down the court in her bottle green Aussie Olympic team, or Sacramento WNBA uniforms, I see the type of woman that make men want to take chisel to marble. Statuesque is a great way to describe Jackson, who at 6-5 has a long and lean body, but is still amazingly feminine. She has wonderful facial features, and fiery intense eyes, off set by her blond locks, making her look like a model. Add to that a figure to die for and you get one hell of an example of how stunning women are. All of this, plus the ability to fight for a rebound, shoot and pass, lead me to say "that's good work out of you" Lauren Jackson. Welcome to the list. 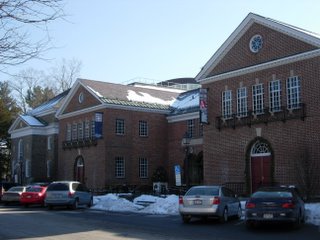 It's early on a Saturday morning here in Cooperstown NY, and the other boys are still sleeping, I got about 4 hours, but the thing that sucks about third shift is when I'm out with "Day Walkers" I know I'm going to be short on sleep. We made it up here in about 5 hours, and walked up and down Main St. Cooperstown yesterday looking at all of the shops that were open. As it turns out Up State New York is not the most popular place to visit in winter and a lot of the shops down town are closed till the warmer winds blow.

It's a great little town, and if you are a baseball fan like myself it has a lot more in store. I love that there are some people in this world who can take a love of the game and cross it with respect for the history of not only the sport but our nation. Baseball has been an important part of our maturation as a people, and although it has come under attack, often from within, over the last 10 years it will continue to thrive. Seeing the history of the game on display here in this tiny New York village makes me happy that, no matter how people try to fuck baseball up, it has kept on going. I like to think of it as a metaphor for our nation as a hole in fact. No matter how bad our leadership is, or how much small parts of society try and pull us off the track, the inertia is just too great to be undone.
So for that I'll say: that's good work out of you baseball. For being there, for keeping your self viable and for simply being the most pure and balanced of all sport ever dreamed up by man.

Labels: Baseball, On the road, Sports 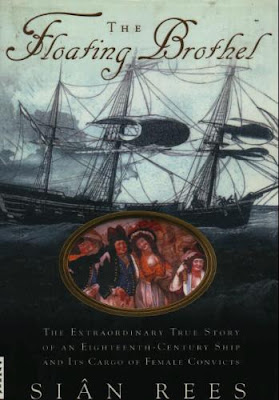 After a mesmerizing visit to Australia earlier this year I have been somewhat of a Aussie junkie of late. I have delved into down under sport, music and literature. One of my favorite books I’ve read since my return is The Floating Brothel by Sian Rees. This isn’t a new book, but I’m sure it has been missed by many American readers.

Rees weaves a detailed yet colorful tale of the women of the Lady Julian a convict transport ship that took a cargo of more than 200 "criminals" to aid in the formation of the new struggling out post in Port Jackson. While the journey might be the focus of many a writer, Rees takes great care to show what lead to many of the young woman being cast out from London. Things as small as petty theft could get a woman the death sentence in that time, but when different situations arose the call came to ship these young woman and girls to the other side of the world. Over crowded jails and shock at seeing young women burned or hung coupled with a need to form "families" in Sydney brought about the transportation of the convicts.

Rees paints a fascinating horrifying picture of what life was like for these women both on the streets and once convicted of their crimes, in the goals of London. As their stories progress Rees takes us onboard the Lady Julian and into the world of ocean bound marriages. The ladies of the ship could earn an easier passage in the racks of the officers, yet there was no courting or classic romance involved. Once in port the ship became a boat of ill repute, hence the name of the book. Rees muses as to the thoughts and impressions of the woman when faced with this ultimate necessity. Great care is taken to put forth what definitive facts are known about the woman and their actions, but great skill is employed by Rees in drawing conclusions in filling the gaps.

Once in Sydney Harbour, the woman of the ship mix with the reinvigorated settlement to take the next steps in forming what is now a great nation. Rees provides more evidence as to the impact these woman, and others like them, had on the young city. Through out the book we get much of the factual information from the memoirs of John Nicol who acted as the ships steward on the voyage and fell in love with his on board bride Sarah Whitelam. Whitelam remained in Sydney as Nicol had to continue on with the ship and although she doesn’t appear to have given Nicol much thought over the years, he went to his death ravaged with guilt and sorrow that he never found her again.

All in all I would say to Sian Rees, "that’s good work out of you" for giving us The Floating Brothel. It was a wonderful read, and really brought me into world of those on the ship. It makes a perfect read for a short trip, as I navigated it’s 214 pages during the plane ride from Baltimore to Las Vegas and back. I was unable to put the book down, because I needed to find out all that I could about these amazing people. This was a fascinating read and had lead me to pick up more tomes on the voyage of convicts and marines to Sydney and moreover the earliest history of Australia. Next in my queue of Oz history is Fatal Shore by Robert Hughes which may prove a longer read but has already shown itself to be just as informative and entertaining.